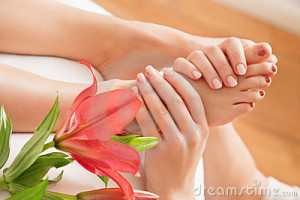 Reflexology has its roots in antiquity. Originating in many cultures thousands of years ago, Reflexology began alongside other powerful healing therapies such as Acupuncture and Shiatsu.

We all possess an instinctive internal knowledge, or ‘blueprint’, of optimum health and function. The effect of Reflexology is powerfully restorative to the mind, body and spirit; our innate natural healing is supported as toxicity and pain is released and the flow of energy, or ‘chi’, is renewed and revitalised.

Reflex points are reference points on ‘maps’ of the body. These maps are found on the feet, hands, face and in Auricular Therapy on the ears. These maps are an important part of the evolution of Reflexology as a therapy and can be found in many cultures and traditions. For example, some of the facial maps used in Facial Reflexology Sorensensistem are found in Vietnamese healing traditions. In the early part of the 20th Century the creation of foot maps were largely influenced by the work of a massage therapist called Eunice Ingham.

The theory is that by massaging and holding reflex points the trained hands of the therapist restores balance and function by stimulation or relaxation of corresponding body areas and systems. The messaging system between areas of imbalance and corresponding areas in the central nervous system is enhanced, which is where our natural healing processes are triggered.

You can find out more about the background and history of Reflexology in the Links section of this website.

Reflexology is being developed and updated all the time. New methodologies are still being discovered and this makes Reflexology an exciting and vital field to work in.